There can be many reasons for the python error “module not found”.

In my case, I had a laptop with 2.7 and 3.6 both installed.? ?My windows path contained the 2.7 release, but I was running the 3.6 release.? So when I ran from the command line by just typing in “python myprogram.py” it worked.? But when I tried in NotePad++, I was using Python 3.6 and getting the “module not found” error. I also needed to run “easy_install” in Python 3 on the modules that were missing (they were installed in Python 2.7 but not 3.6).

I was pleasantly surprised that in Windows 10, it’s now super easy to update the path.? They parse it for you and give you a special screen: 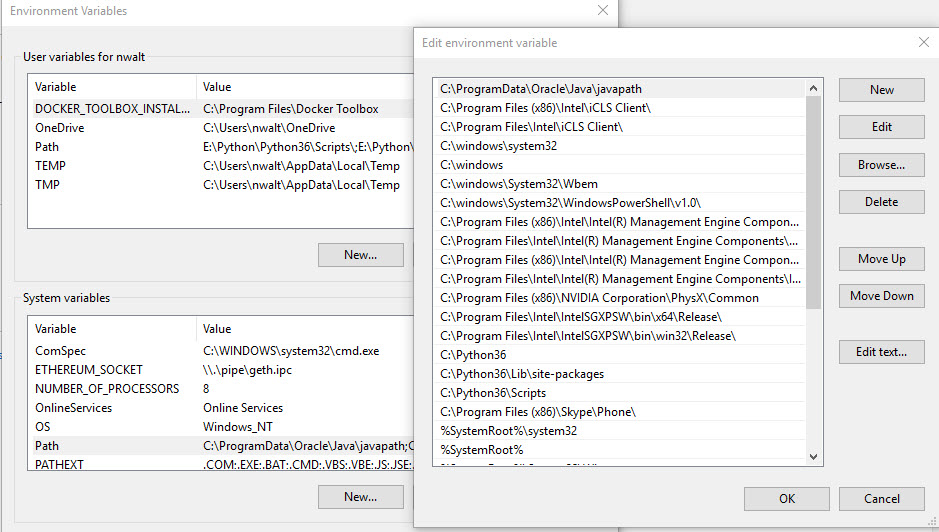 So I changed the three lines that started with C:\Python27 to C:\Python36.

To find the issue, I learned how to show the version of Python in the Python program itself.

For 3.6, the results are shown below: