Had a case today where I opened BizTalk Map, and the three fields “Script Assembly”, “Script Class”, and “Script Method” for a “Scripting Functoid” were all blank.  The “Select script type” was set to “External Assembly” (meaning a C# .DLL that you usually write yourself).  Yet I could compile and deploy the orchestration  Below is a sample screen shot: 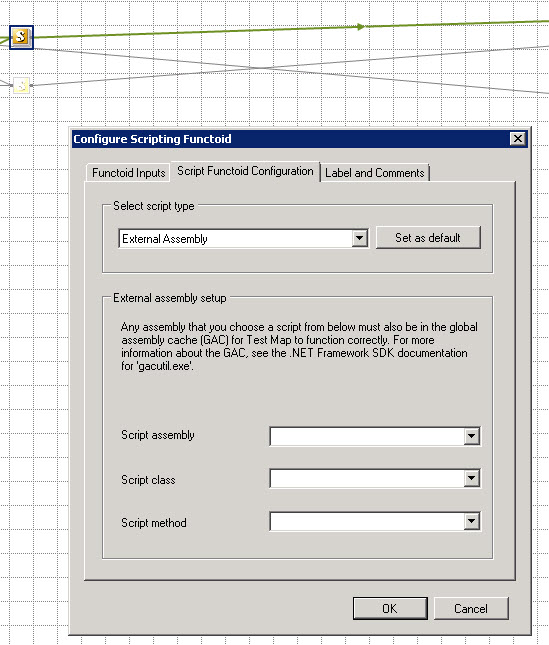 This apparently happened because the map was copied from one BizTalk Project to another.  The new project didn’t have the references set up.

So I copied the .DLL to a Libraries subfolder, then in Visual Studio Solution Explorer, I clicked on “References” under my project, and added the reference to the .DLL.  Then next time I opened that scripting functoid, the fields were all filled in properly.

Apparently that .DLL was in the GAC, which is why the compile/deploy worked.